“I am Nendoroid Mutsuki. Come on, let’s head on out!”

From the popular browser game ‘Kantai Collection -KanColle-‘ comes a Nendoroid of the first Mutsuki-class destroyer, Mutsuki Kai-II! She comes with three face plates including a standard expression, a combat expression and a half-damaged expression. She also features joints in her hips to better facilitate various different action poses.

Various effect parts to display her firing her turrets and torpedoes are included for combat scenes, and she also includes long sleeve parts to recreate her half-damaged appearance as well as a scarf based on her Valentines illustration. Be sure to display her with the previously announced Nendoroid Fubuki Kai-II and Nendoroid Yudachi Kai-II and form an adorable fleet in your collection! 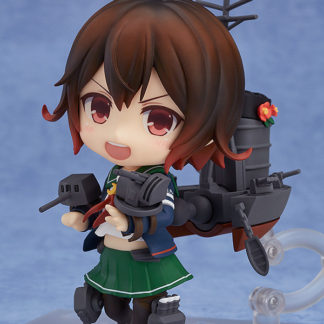