View cart “Playerunknown’S Battlegrounds The Lone Survivor Nendoroid” has been added to your cart.

Let it go, let it go! The Frozen Princess is being rereleased yet again!

From the hit film ‘Frozen’ comes a rerelease of the Nendoroid of the Arendelle Royal Family’s eldest daughter, Elsa! Her intricate dress has been carefully transformed into Nendoroid size, even including the faint yet beautiful snowflake patterns! She comes with three expressions including a cute smiling face, a sidelong glance with a smirk and a singing face that looks ready to shout out ‘Let it Go!’ at any moment!

Olaf, the enchanted snowman with a love for Summer is also included with his comical expression from the series faithfully reproduced – his neck and arms are also articulated allowing you to recreate all sorts of fun scenes for the snowman too! A special Nendoroid base based on Elsa’s ice castle is also included to display them on! 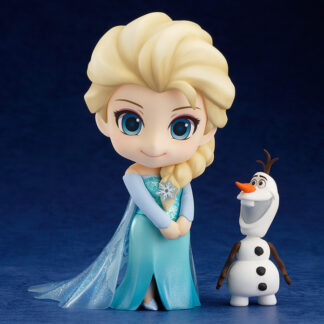